It is difficult to determine who to blame for the current state of affairs on Anguilla. I blame every Politician who has held elected office since at least 1990 when the world changed. I blame the bankers, businessmen, religious leaders and parents. I don’t blame the British for failing to take action against action on issues that did not affect their national interests. I don’t blame the uneducated youth who were neglected by the government and the society. I don’t even blame those who were ignorant enough to believe the politician that encouraged them to borrow and build. I just sympathize with the latter two. In the final analysis Anguilla belongs to the people and it is their responsibility to protect and preserve their island home. 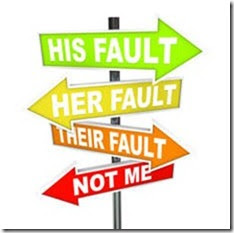 I blame the politicians because they have done very little to creatively address the issues of development. The vast majority took jobs that were beyond their ability or competence. The most creative of the politicians is the one who took the decision to open the economy although that politician has allowed his reputation to be tarnished by years of association with unsavoury characters. I understand that during the recent past that politician has trimmed his personal ambition in an effort to provide political stability.
Politicians have also been unable to stand up to their friends and the greed of their constituents. There are cases where people were over paid for shacks and given prime land in an effort to secure political support only to vote for the opposite side because they wanted more. Incidents like these speak of the character of both the politician and the electorate. There are cases where politicians have created a national crisis to fulfil political promises to friends or new supporters. All of this was done in full view of the horrible conditions of The Valley main road. In the final analysis Anguilla has one side of the political spectrum drowning in the sea of unfulfilled promises and voter disillusionment and the other side playing psychological games in the hope that the electorate choose them by default.  The alternatives to both sides that appeared during the last election are so busy singing for their supper or being co-opted by the entrenched forces that they have little interest in current affairs. 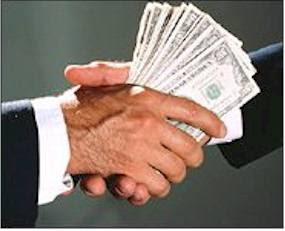 Over the years the businessmen controlled the economy by excluding new entrants. This control was exercised mainly by abusing their position on the various boards and the exercise of political influence. It became virtually impossible to get loans for anything other than a house or car. The reason why house and car loans became so accessible were linked to board members business interests, many owned car dealerships, building material supplies or they were silently interested in the borrower’s land. Loans became an act of consumer spending with little if any investment for profit. Today the banks are stuck with dead properties that literally cannot be sold, however the banks are refusing to discount these properties and continue to hold them in the hope that the economy rebound. The banking system became so corrupted that locals who borrowed money were rightfully called borrowers but foreigners who borrowed were called investors. Today the so-called foreign investors have departed, the captive locals are being pressured and the banks have serious liquidity problems. The businessmen are forced to service huge loans for large empty or half empty buildings. Some of the businesses are technically bankrupt but if the banks foreclose, the central bank will force bank directors who are major shareholders on these businesses to resign from the bank boards, because directors must be in good financial standing to remain a board member. 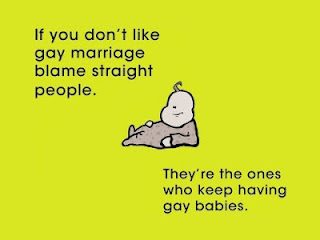 I blame the clergy for failing to practice what they preached and for propagating a sexist outdated doctrine that has done little to eradicate ignorance or poverty. I blame parents who spent more time at work than with their children.
It appears that current strategy is to prepare for the next election rather than attempt to repair the local economy. I heard one scheme is for the opposition not to run a candidate against the current freeze-dried minister in an effort to ensure an electoral victory. This type of electioneering and the hijacking of popular opinion have previously occurred in Road South, Valley South and East End. In all three cases this scheme backfired against the people and the organizers. Anguilla only solution is for those who have looted the economy to be forced to step aside. We have to expose corruption and greed. It is not enough to vote for the pirate who better share his loot.
By: Statchell Warner
Posted by Realist Spikenice at 23:04