The Anguilla United Front was alarmed by a letter dated September 21, 2012 from the newly installed Chairman of the Constitutional and Electoral Reform Committee, Rev. John A. Gumbs, in which he sought to encourage our participation in that committee. The specific section of that letter reads as follows: “the terms of reference given to our committee is to prepare a Constitution for Independence. I have been given powers to co-opt.” Once again it appears that the Government of Anguilla is using this Committee to advance its well known “independence agenda”. And once again the AUF must challenge the AUM/APP Government despite the harsh and demeaning comments we have received from its supporters on such occasions.

Previously in a letter dated September 3, 2012, Rev. Gumbs had invited our party (AUF) to name a representative to serve on this newly revamped Committee. In our Chairman’s reply, on September 6, 2012, he asked a number of questions as a means of determining whether or not the AUF would accept that invitation. Obviously, Rev. Gumbs was responding to the particular question we raised, namely,:“Does the government wish to craft recommendations in the proposed new draft which seek to create a framework that enables a move to independence and if so at what point will the people be allowed to speak on this via referendum?”

A recurring theme of the Chief Minister; his colleagues; his advisors and diehard supporters over the last two and a half years has been that the solution to all our woes is to move directly into independence. For this reason the AUF made its position clear in its letter dated February 23, 2012 to Rev. Dr. H. Clifton Niles, the former Chairman of the Committee, on the issue of independence. The AUF letter stated as follows: “If, after appropriate consultation and education on the pros and cons of independence, our people decide to vote yes for independence, then the AUF will join with the Government of Anguilla in agreeing a time table for independence and lend its full support to the educational process. For the record, however, it should be known that while we call for a referendum in order to ascertain the views of the people, the AUF does not support independence for Anguilla at this time but we are in full support of a well thought-through educational process on the pros and cons of independence.”

Our outrage at Rev. Gumbs’ statement is therefore consistent with the position we have held over the years. We refuse to be associated with this Constitutional and Electoral Reform Committee because the Chief Minister and his Government have not received any mandate from Anguillians to “prepare a Constitution for Independence”. We are therefore simply reaffirming our position that before we participate in such an exercise an island-wide referendum must be conducted.

For some time now it appears that the Government has been trying to usurp the democratic process by “fast tracking” its Independence agenda. In fact a number of AUM supporters of the legal persuasion have been heard to say that there is no requirement for conducting a referendum. To substantiate this position they quote some spurious provision in the 1967 St Kitts-Nevis Anguilla Associated Status agreement. And most likely to achieve a similar objective, one of the AUM representatives to the UN Committee Conference on Decolonization included in her report that support for Independence in Anguilla is widespread to include even members of the Opposition. 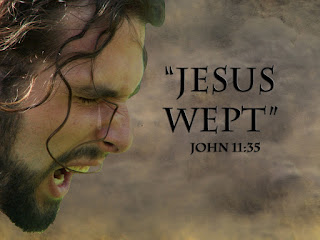 This latest tactic by the Government must therefore be widely challenged or else many Anguillians may be misled into accepting that there is need for a swift response to this issue. If we do not do so, our rights as Anguillians to have an informed say in the way the process is conducted could very well be compromised. The AUF feels compelled to note that no other British Overseas Territory in our region is adopting this AUM/APP approach. In the circumstances we fail to understand why the Government of Anguilla is in such a rush to take us down a path without first seeking our consent.

The AUF is therefore calling on the Chief Minister and his AUM/APP colleagues to take the proper and democratic course and conduct a referendum at once --- if it is indeed their intention to advance this “fast track” Independence schedule. We emphatically maintain that the people must decide!