“TWO AND A HALF YEARS LATER!”

It is exactly two and a half years since the Anguilla United Movement ascended to office as the duly elected Government of Anguilla. This means that they are now at the halfway point of their term. They were swept into office on a platform of lies; the promise of openness, transparency, good governance, integrity; and the pledge that they could turn the economy around in three months with what may now be characterized as “an invisible plan”. Their supporters were overjoyed by the victory and genuinely felt they now had a change that would improve their lot and put Anguilla on a path to stability, progress and prosperity.

As the party then in opposition, the Anguilla United Front (AUF) pledged that we would give the new Government the opportunity to govern --- but that we would not be “muzzled” from rising to the defense of our supporters and the people of Anguilla as a whole --- if and when it became necessary. One such occasion arose just a few weeks after the AUM came into office, when it was discovered that its new Anguilla Social Security Board was considering moving the Fund’s deposits from the two indigenous banks to the international commercial banks on the island. As the AUF Leader, I addressed the matter in a press release and later through articles in the Anguillian Newspaper. The attention that I brought to that issue is believed to have caused the new Social Security Board not to pursue its decision and that success strengthened my resolve to use the print media as a means of registering my views on Government’s decisions and actions. I could have chosen other platforms, like the “blogs” and the other social media to do so --- but I decided that as a matter of principle I would continue to do what I have done in politics all my life: “Speak the truth and be fair in the statements I make!” I would not descend to using the cloak of social media, where many people post irresponsible statements and lies in a very cowardly and dishonest manner. Anything I have written in the Anguillian Newspaper is under my own name; I am fully responsible for what I have written --- and I remain prepared to stand fully behind the statements I have made. However, if unwittingly, I misrepresent the truth and anyone --- I am fully aware of the recourse to legal action that is available to them!

I soon realized, however, that the “platform of lies” that catapulted the AUM to office had become a “best practice” strategy for them as a new Government and in particular for the Chief Minister. I was therefore forced to point out a wide range of conflicting and incongruous statements that he has been using to consolidate his support and that also became “talking points” for his key supporters and some of his more callous advisors. For example, he said”
I have built up a well-documented file of relevant issues over the last two and a half years through my articles. And as a result I can now refer to them as things unfold and show that they have been factual, analytical and even prophetic. Sadly though, I have receive much criticism for my writing because it appears that there is either a genuine lack of understanding of the meaning of “freedom of expression” or a warped belief that “freedom expression” is the unique privilege belonging to diehard AUM supporters.
I strive in my weekly commentaries to present a balanced account of the Government’s performance over its term and they illustrate how that they have been stumbling from crisis to crisis over that period. I want to remind you of a few such occurrences: -
While these examples may not be exhaustive, they illustrate the pointless battles, which continue to obstruct “real progress” … as well as the Chief Minister’s blatant disregard for good governance. The fact is that while we hear many of his supporters making the claim that “we need Hubert to deal with the British” --- the record and history have proven irrefutably, that Mr. Hughes has never, I repeat never, gotten anything positive out of the British with his approach --- except of course his own political demise. On the other hand the record of our Government in terms of its relationship with the British has been one of mutual respect and partnership in the governance process and that led to many positive and constructive outcomes.
So while the last two and a half years have full of criticisms of the past Government and its management of the economy --- actually the present Government must thank the Anguilla United Front for the visionary initiatives from which it has benefitted up to today --- two and a half years later. Let me name a few: - 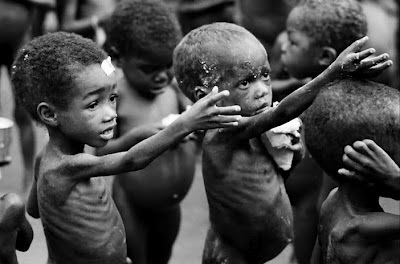