It seems that the remainder of this year will be filled with political maneuvering, posturing, promises and an assortment of lies. In a strange way I have a great sense of sympathy for the voters. Aspiring politicians are already jockeying for position in the race and I am certain that the question that will arise in the minds of many persons is: “What is the prize?” I am not certain whether some of the latest politicians are aware of the hazards of the vocation, and the stress it places on an individual, his family and friends when he/she decides to take that path. In many ways it is not a calling for the faint of heart or persons who are averse to criticism and slanderous personal attacks.

You become fair game for anyone desirous of “putting your business in the street” or “dragging your name through the mud” once you decide “to throw your towel” in a political race. In fact, persons who hitherto fore may have been almost anonymous — become the targets of the most vicious and hostile commentary much of which may be totally untrue. In fact, the statements from such detractors go back several generations, exhuming dead stories that have absolutely nothing to do with the candidate or the office for which he is running. Indeed, the circumstances of one’s birth, and the manner of the same, may become the subject of many debates and discussions throughout the campaign. Anything and everything goes.

It is the right of any citizen if he/she so wishes to run for political office — so my comments are not by way of discouraging anyone from so doing but rather of sharing my experience. I believe that prospective candidates should have a clear idea of what they are getting into. And, as a politician for more than thirty years, I feel duty bound to let them know that it is not a “bed of roses”. It is also a fair question to ask: “If it is such a nasty job — why do so many of you guys continue to go on?” I am certain that the answer, even if not expressed, includes a bit of arrogance. However, there are several politicians who genuinely relish the opportunity to serve and get great personal satisfaction from doing so. I would not therefore take the liberty of suggesting what any politician’s motives are but I am certain that in every case there is a motive. The voter can only hope that that motive is in the best interest of Anguilla and its people. As a good friend once said: “It is a dirty job — but somebody has to do it!” 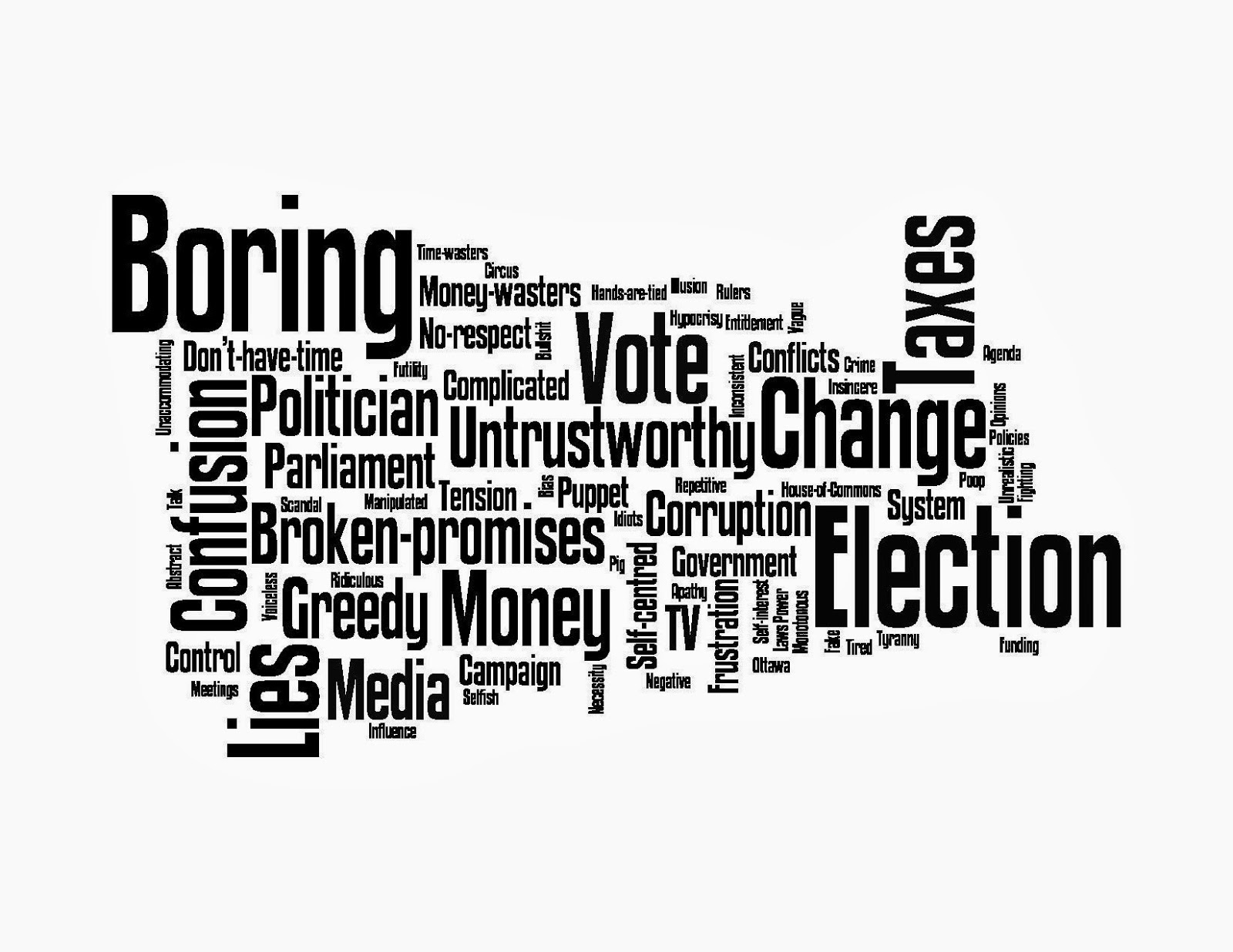 
If the political soundstage in 2010 can be likened to a few amateur performances in a village theater, 2014/2015 promises to be a professional production streamed internationally — since everyone will be using the latest communication technology. So instead of confusing just a few voters in Anguilla — overseas voters; the international media; tourists; potential investors; and friends of Anguilla will also be swamped with lies and misinformation. Who will prevail in such a politically charged environment will depend on the way in which the voters process this mass of information; their assessment of the performance of the Government over the last four years; and their determination not to be fooled again.

My sympathy for the voters in this confused state has led me to put together a list of some “dos and don’ts” as a guide for managing through this maze of political posturing, rhetoric and lies. 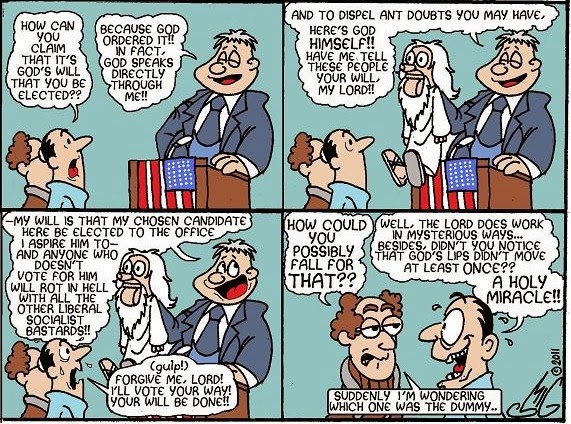 • Do not pay attention to any document being circulated that does not clearly identify the author or authors responsible.

• Do not accept any statements of a libelous nature uttered in the House of Assembly where Elected Representatives can abuse and defame their political opponents without being sued.

• Do not pay any attention to any statement that begins with the words: “Dem say!”

• Do not decide to vote for anyone or party that tells you that they have a plan that they will reveal after election.

• Do not accept any information as valid that cannot be spoken on a public platform. In other words, beware of the whispering campaign.

• Do not accept bribes for your vote.

• Do not take any politician serious who tells you that while in Government “his/her hands were tied”.

• Denounce anyone who tells you that God will punish you if you do not vote for his/her party.

• Be suspicious of any conversation with a candidate or his/her surrogate that begins: “We are one family!”

• Do not vote for anyone simply on the basis of something you expect them to do for you personally. Let them tell you what they will do for the island.

• Be wary of candidates who agree with everything you say.

• Be wary of candidates who talk too much about themselves.

• Do not take for granted anything you read on political blogs.

• Beware of any politician who finds it necessary to declare: “I am clean!” Make your own judgments based on the record.

• Beware of any candidate who can only advance him/herself by calling down other people.

• Beware of candidates or platform speakers with “little black books”. They are usually black with lies.

• Beware of candidates and platform speakers spouting conspiracy theories. It is usually a means of making excuses for their own incompetence.

• Do not be fooled by fear tactics. Denounce the politics of fear.

• Do not condone abusive politics and threats from political “loudmouths”.

• Read things for yourself. Don’t simply accept what others tell you.

• Ask specific questions of your candidate as to how he/she will represent Anguilla at home and abroad once elected.

• Support candidates on the basis of what you believe they are capable of doing for the country.

• Read the Manifestos presented by each party so as to understand what they stand for and hold them to it.

• Listen to the presentations by every candidate in your district and try to learn more about their background, experience and preparation for the job.

• Form your own opinions on issues based on facts not hearsay.

• Get a copy of the Constitution so as to understand the separations of powers and the responsibility of the various actors and agencies of the Government.

• Make an effort to understand the voting system so that no one can fool you as to your rights as a voter and how to cast your ballot.

• Read and listen to only official presentations on the electoral process.

• Find out from creditable sources how Government works so that no one can mislead you about the Governance process.

• Report any incidence of voter intimidation to the relevant authorities.

• Make sure that you are registered in the correct constituency. 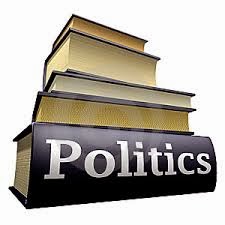 This checklist may not be exhaustive but I am sure that if you follow most of the items you will be able to avoid the confusion and silliness that will attend the days ahead. Hopefully, we all will be able to survive this period unscathed by the ruthless attacks of desperate politicians, and the pungent odor from little black books with big white lies!

By: Victor F. Banks
Victor Banks is a former Finance, Economics, Commerce and Tourism Minister of Government on Anguilla. He is the leader of the Opposition Anguilla United Front Party, writer and author of a weekly political article for The Anguillian News Paper, lyricist, philanthropist and a self-employed entrepreneur.
Posted by Realist Spikenice at 00:29