THE ANGUILLA GENOCIDE... the deliberate and systematic destruction by the Government of Anguilla of its own people.

STRANGE COINCIDENCE: Few weeks ago, on the radio, our Chief Minister bashed/accused the British people and the Governor for Sabotage of every single projects, entities, in Anguilla. He Also accused the British/Governor for GENOCIDE towards Anguillians. In Recent HISTORY, GENOCIDE was the most infamous way of killing people, whenever it was ethnic related, religious related, race related. I notice the disrespect of this word in his usage. On August 27th, a comment was made by Anguillian Transparency and spread out to almost 2000 walls on Facebook as : "Who is Carl Provenzal? He is the one man who has come to the shores of Anguilla, enter into a prearranged marriage to attain status and then promise the people of Anguilla he will do everything possible to bring the country to its knees and make the people poor. Seem as if he is living up to his promise. He reminds us of the promises Adolf Hitler made in his book when he promised to get rid of the Jews. Noone took him serious until he did it. Carl is Anguilla's economic Hitler. Government need to vet persons such as this economic terrorist and propaganda specialist who learned at the feet of Dr. Joseph Goebbels" 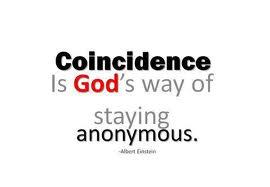 Is it a coincidence this style of accusing people with the same tone, using the same historical references? Who could be Anguillian Transparency for bashing me personally after an altercation with the Chief Minister's son? I Hope it is not related... anyway, Mr Anguillian Transparency, hiding being a Facebook page, the fact of being a legal immigrant in a country allows me to get involve in any matters able to affect my future and the people's future, in the same country. The fact to have built large businesses and participated to the economy of this country, allows me to voice-out (Tell me how much you have invested in your own country as a born "Anguillian"). The fact of being the father of 3 young Anguillians and loving this country strongly increase this involvement and the need to voice-out. And finally, the fact of being a PRO-ACTIVE and INTOLERANT person for misuse of power, oppression, misleading, not in phase with the people evolution in their rights, allows me to voice out where ever in the world, including Anguilla. I can and will voice-out an issue with Education, Security, Tourism, Immigration, specially when it is obviously wrong. I am apolitical but follow whoever can have a people progressing. I do not hold what I have to say, specially if it is critical, and I am not afraid of losing any material assets for the benefits of people's advancement. That is why I am who I am. I don't slander people name, I challenge them openly to seek for responses and reactions... that is Democracy.
By:  Carl Provenzal
Posted by Realist Spikenice at 15:22