WHY REALIST SPIKENICE IS “NOT GOOD FOR ANGUILLA POLITICS”... AND HIS MANIFESTO.

My Fellow Anguillians, Brothers and Sisters 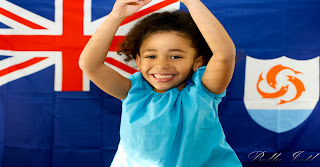 You said the time has come to move beyond the bitterness and pettiness and anger that have consumed us here on Anguilla. In the eloquence of President Kennedy, “My fellow Americans, ask not what your country can do for you, ask what you can do for your country,” The nation of Anguilla now begs the question, “What have you done for me lately?”, a people crying out,“It aint nothing going on but the rent” – food and water shortage, no electricity, no jobs, extremely high healthcare cost, no help… the sanctity of my people has been diminished to the lowest of lows.


We are one people. And our time for real change has come. You want this because you believed so deeply that in the face of impossible odds, people who love this country can change it. Love for country must have a defined meaning, and it's not hiding, it's not self, it's not family and it's not friends… and it matters not who make that commitment, once it has been done to benefit all of us as one people.

This is why under my Administration after winning in 2015, come 2020 elections, I would have legislated that parties and/or candidates considering running in general elections on Anguilla must present a written and electronic manifesto to the Supervisor of Elections and the electorate 6 months to the date of the next general election, as a prerequisite for such candidacy, or have such candidacy null and void.

This will be the moment we will tore down barriers that have divided us for too long; an end to that last minute say-anything-to-win hidden agendas; when we can rally as a people, of all parties and ages to a common cause; when we finally gave Aguillians who have never participated in politics a reason to stand up and be counted.

This will be the moment when we can finally beat back the policies of fear and doubts and cynicism, the politics where we tear each other down instead of lifting this country up. This will be that moment.. the moment for our Head-of-State to be honest about the choices and the challenges we face, who will listen to us and learn from us, even when we disagree, who won't just tell us what we want to hear, but what we need to know.

Hope is what I saw in the eyes of the young woman and men trying to survive on Anguilla. Hope in the eyes of frustrated youth who resorted to gun violence, not because he/she can't do better, but because they don't see better, don't know better, lack mentorship, lacks recreational facilities... and where possible too costly to partake. So they live out an illusion, and we mourn and pick up the pieces of their destruction. Hope is what lead many Anguillians to brave the many electrical and water shortages that plaques them day-in-and-day-out. Hope is what I hear in the many Anguillians voices in chat-rooms and forums. Hope is that fresh new blood – those ordinary people who are willing to do the extraordinary things..

Hope is what led me here today to announce my candidacy for the 2015 General elections on Anguilla, and to present to you my Manifesto from 2015 and beyond. And if you give me that chance in 2015, I promise you to bring all your hopes to reality, and that I will be that leader you've long hoped for on Anguilla.

Posted by Realist Spikenice at 15:00