It is cowardly to write an article in a pseudo or pen name, it is intellectually criminal to write it under another person name. I am not happy about the recent article posted giving the impression that I wrote it. I am also not happy because such an article is meant to instill fear in the hearts and minds of Anguillians. It’s meant to destroy the little consumer confidence that remains in our local banks and economy.

I will tackle this in two parts. Firstly I will say why I don’t support the AUF as a party but willing to support selective policy initiatives. Secondly, I will address relevant points mentioned in the article as negatives but if implemented could have a positive impact on the economy.

I don’t support the AUF because in my opinion it’s a strange cold blooded (asexual) animal. It’s an animal without an internal conscience, it has little sense of right and wrong, it depends on the external environment of public opinion, vigilance and condemnation to keep it walking the straight and narrow. It’s Leader in terms of education and awareness is eons beyond the former Chief Minister, yet his leadership style is weak and lacking because he don’t make waves, he is contented to just merrily rowing his boat down the stream.

Why I say it’s asexual, take a look at the recent appointments to the various boards especially Tourism, and explain to me what are the visible lessons learned from the past. Tell me this animal is not asexual or masturbatory. The old boys and girls club is back in swing while the animal hibernates and silently reproduces itself.

Irrespective of the banking crisis or the state of the economy there are issues that the present Chief Minister should have come to office ready to change. For example the immigration policy where spouses of Anguillians have to buy time for continued residence. He told me he knew it was wrong when it was first introduced but he was not the Chief, well you are the Chief now so fix it today, it’s not a matter that needs to be taken to the House. Also fix it for children born on Anguilla, and students that are educated here, let them not suffer the indignity of also buying time. Stop giving the people of Anguilla the impression that residence on Anguilla can only be determined by the British Nationality Act. I am not anti AUF or Victor; I am anti stupidity, corruption and greed.

AUF also need to understand that the salaries of politicians are too high and their decision not discuss this issue will not make it go away. After all they are the ones who burden the people of Anguilla with these exorbitant salaries.

I support the Chief Minister efforts to keep the banks local, even though I suspect we won’t agree in our rationale. I think both of us believe the banks are local assets but I get the impression Chief Minister also believe they should remain in the hands of his unethical bed fellows that caused many of the problems.

Although the intent of the article is sinister, if the Government of Anguilla liberalizes the Alien Land Holding Licences its can be a significant boost to the economy. It would also remove political and economic bias from the system. British oversight of the Banks is not necessarily bad, maybe now they can monitor the accounts of politicians. Deposit insurance to protect Anguillians is an excellent idea. In terms of the Civil Service we got two choices, either we grow the economy or cut the civil service because the present burden is not sustainable. If NBA & CCB have to be merged to create a strong local institution I would support it even if there are some job losses. A broad based but targeted residence programme would also an excellent idea. I would support a Government loan to bail out the banks, but not to hand it over to the economic gangsters. I would expect a new public issue of shares with no connection to the past. 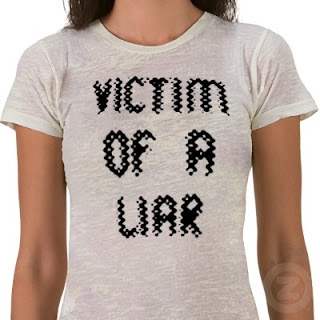 If this article as I suspect is AUM propaganda, all I can say is shut up stop the fear mongering, it is not going to do Anguillians any good. AUM you have no moral legs on which to stand. Spend some time building a new party, you last leader was a national disaster. AUF you need to end the delusion of honeymoon sex as you guys are the only persons on Anguilla experiencing a hand induced orgasm.

Posted by Realist Spikenice at 16:13