IT'S NO YESTERDAY TOMORROW 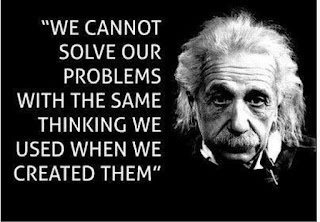 In 2007/8, financial markets entered a sustained period of instability, causing difficulties for banks across the world, precipitating a global credit crisis, and a widespread economic downturn… and Anguilla, being not in a vacuum, but also a highly valued and respected global financial partner have suffered parallel and direct consequences, but the facts are that serious financial malpractices have seriously contributed to the demise of our indigenous banks on Anguilla.

Whereas the Government of Anguilla ability to service the indigenous banking community debt obligations, like many other finance ministries around the world, may take actions to:

... these indigenous banks will never be the same again. The Government of Anguilla will have to recapitalize, loan, nationalize, or introduce relevant schemes such as liquidity, credit guarantee, and asset protection - to cushion your indigenous financial institutions on Anguilla. Nothing above is a a must, rather out of concern, financial stability, and investor confidence... which is a priority... but the Government of Anguilla is under no pressure whatsoever to make any rash decision going forward, contrary to misinformed proven incompetent Opposition pundits.

Our concern is that there are those who believe that because they have shares in these institutions, mean that they own these institutions - no, you don't! The term 'share' means a share in the share capital of a company, which may includes stock, except where a distinction between stock and share is expressed or implied. It simply means that your share value can be bought and sold at will to the highest bidder. Corporations issue shares which are offered for sale to raise share capital.

... it simply means that if, and when your Government bailout the private banks' financial mess... that you the taxpayers will in essence also own shares in these indigenous banks - you will be also a shareholder.

The question we must ask ourselves is, are we prepared to roll-up our sleeves and clean our own filth, or leave the banks die a natural death? The reality is that banking on Anguilla will never be the same again... it's no yesterday tomorrow.