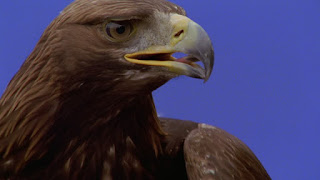 The discussion about political independence, accountability and, more broadly, governance of Anguilla is nothing new, it’s been discussed since the days of the first Republic some 45 years ago. The core principles of British colonialism and its relationship with the descendants of the African slaves always highlight the need for independence. However the concern is always the readiness of the people and more importantly the vision and attitude of the leaders. This has made support for independence from the people a marginal issue over the years and lacking any official support from the leaders.

In the past since the first republic was destroyed in the wake of the British invasion and occupation, Anguilla had a fledgling independence movement that failed to gain traction but did manage to reopen discussion on the issue. In recent weeks the topic is again on the table but only due to what many consider another high handed British intervention in the local economy. Sadly many of the laws the British are seeking to introduce are necessary for future growth and development. In light of that, the initiative for such laws policies and procedures should have originated with a thinking and visionary local political cadre. It cannot be over emphasized that proper accountability and transparency are needed to make an independent Anguilla successful. Success requires a complex understanding of global politics and supervision of the financial sector with elaborate accountability arrangements for the public sector and a solid public education programme. Based on past experience our policy makers interest in political independence is low outside of the increased status it is likely to bring coupled with the freedom to increase corrupt behavior and practices.

In order for political independence to become a reality in the future, Anguilla need to have a much broader debate about the development needs and the institutional and organizational structure of independence and this debate must be stimulated by the desire of Anguillians to take control of their destiny.

The perception of Anguillians have changed dramatically in the last few days and even political parties that in the past supported the status quo are now questioning the behavior, arrogance and intentions of the colonial master. However this new wave of attention is unlikely to be self sustaining and only followed in the wake of the recent order in council. Therefore its life cycle is likely to equal to the life cycle of that order. Upon the conclusion of that order it is highly likely the status quo politicians will return to their business as usual approach to governing.

The challenge of political independence in the future is that on the global scene is that there will be a continued blurring of national and international boundaries, financial conglomerates will continues to have more resources than countries even industrial countries, politicians will be constantly forced to rethink their national structure and strategy in order to be in a position to effectively supervise the new realities. The emergence of international standards and codes across a wide section of the financial sector will remain an area of concern and maybe an opportunity for growth. The systemic banking crisis that in recent years has crippled small economies like Anguilla is unlikely to end anytime soon. In the case of Anguilla it is clear that weak regulation and supervision, and sometimes political interference and neglect contributed significantly to the crisis.

The growing number of issues and concerns that the general public and to a greater or lesser extend that the British have concerning the vision, policies, behavior or honesty of the local politicians must be addressed. According to QC Don Mitchell these problems can be summarized as follows

• The lack of proper macro-economic and fiscal policies.
• Improper management of public funds.
• No framework document setting a ratio on debt to revenue.
• Lack of proper reporting to the House of assembly.
• Ministers of Government imposing, waiving and varying tax rates and levies without proper authorization.
• No actuarial assessment of Anguilla’s contingent liabilities.
• Failure of the The Minister of Finance to place estimates promptly before the House of Assembly
• Excessive expenditures by government departments.
• Failure of the statutory boards to accurately report their financial performance

In the final analysis these are problems that must be addressed if Anguilla is ever going to progress. It can only be hoped that the local politicians and civil servants, find the political will to tackle these problems before it becomes a national embarrassment where the colonial power is forced to become even more arrogant.