The Anguilla Public Finance Order 2015 was predicated out of the Anguilla Utter Mess (AUM) incompetent Government then lead by the Hon. Hubert Benjamin Hughes and the Hon. Haydn Hughes, his son, signing of the Fiscal Responsibility Framework (FFR) 2013, without even a quorum in Parliament. You the electorate will remember the rush by that set of incompetents to rush-through such legislation without a Quorum, in order to gain a meagre few dollars to make their election campaign look good – sold their souls for a few pieces of silver. Her Excellency was quick to point out - by design - that no point-of-order was moved on the floor in respect to any such lack of a quorum.

We can recall the Hon. Chief Minister Mr. Victor F. Banks unstinting efforts to bring all on-board to negotiate and agree suitable amendments with the UK Government before signing the FFR Agreement. Such “olive branch” to assist the then set of Incompetents in this enterprise was disrespectfully refused. Getting consensus on a few issues was relatively important in putting Anguilla in a more favourable light with regional and international agencies from whom it may seek assistance. All other British Overseas Territories ratified their FFR which favoured their respective territories, but for Anguilla, which this quagmire is a direct result of such incompetence.

We are also of the opinion that the UK Government designed the imminent vacating of the local Deputy Governor position to fill this post of Chief Financial Advisor (CFA) with a UK technocrat. In other words, your new Deputy Governor will be a British Technocrat who will also fill this roll - unless changes are made now that we know the game played. 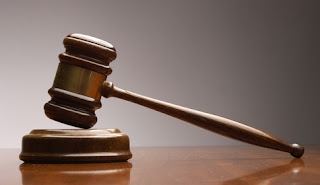 Now we have to fix this… but let us not forget from whence it came.