ANGUILLA... I AM SORRY FOR BEING A HYPOCRITE 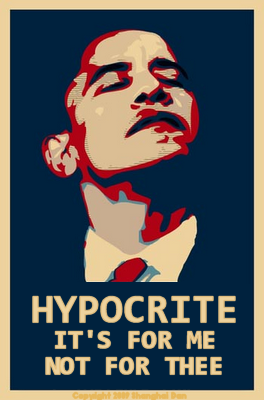 On Monday, at Southwark Crown Court, where he was jailed for five years, nine months on 12 counts of indecent assault, Rolf Harris, abused his fame and trust on a series of young women and girls, sentence was immediately escalated to the Attorney’s General’s Office to reconsider as potentially too lenient. "You have shown no remorse for your crimes at all," The Justice told Harris, 84, who sat impassive and without visible emotion in the glass-walled dock in court. "Your reputation now lies in ruins, you have been stripped of your honours, but you have no one to blame but yourself." Mr. Harris, a TV star and artist, a fixture of popular entertainment for six decades, was jailed for between six and 15 months for each of 12 counts of indecent assault, dating between 1968 and 1986. A jury unanimously convicted him of all charges.

Sadly… on Anguilla, these kinda scumbags... these Pedophiles, the sexual predators, predators who've significantly altered innocent lives - men like the Hon. Chief Minister, Hon. Walcott Richardson, Father Lake, Willie Rey, Father Cooper and others... would've suffered similar faith as Rolf Harris, Jimmy Savile, Gary Glitter, Max Clifford and others… the child sex abusers of that era, the Statutory Rapist, the indecent assaults on our young women and men here on Anguilla - all but for the lack of a well established prosecution service, and these young women and men who are yet ashamed to come forward since their innocence were excruciatingly ripped away.

After his death, hundreds of allegations of sexual abuse were made against Jimmy Saville, leading the police to believe that Savile was a predatory sex offender, and may have been one of Britain's most prolific sexual offenders. “On 19 October the Metropolitan Police Service launched a formal criminal investigation, “Operation Yewtree”, into historic allegations of child sexual abuse by Savile and other people, some of whom were still living, over four decades. It stated that it was pursuing over 400 separate lines of inquiry, based on the claims of 200 witnesses, via 14 police forces across the UK. It described the alleged abuse as being "on an unprecedented scale", and the number of potential victims as "staggering". By 19 December, eight people had been questioned as part of the investigation. The Metropolitan Police stated that the total number of alleged victims was 589, of whom 450 alleged abuse by Savile.”

These Pedophiles, Sexual Predators, Women Abusers, Whoremongers, Statutory Rapist… yes, we know lots on Anguilla who fit the descriptions. These are the folks who are rewarded with leniency on the basis of illness, ole age, death, status and family connections… some were subsequently propelled to high Office and awarded status after such crimes whereas, around the globe these are the vermin who will be screaming/shouting/pissing going to the penitentiary irrespectively – subsequently castaway from society as shipwrecks. The authorities on Anguilla have again failed in its fiduciary responsibility to launch “Operation Wallcocks” - into historic allegations of child sexual abuse/sexual abuse on our women and men, and rape etc. by these despicable slimes in our church and society whose actions may have cultivated the kind of criminals we have in our society today.

The (not-so) Honourable Chief Minister of Anguilla did have sexual relations (intercourse) with a minor going back over 30 years ago – a crime deemed Statutory Rape, and perhaps Incest - and yet can spend years imprison. These “facts” are well known… anti-defamatory. What lake, Rey, Hughes, Richardson and others did – and kept on doing for decades – was traumatic for all their victims. If any good can come of this, it is that the victims’ courage in coming forward and giving evidence should give others the confidence to also come forward and finally arrest and convict these scumbag-predators for crimes committed. The Judge told Rolf Harris that, he took advantage of the trust placed in him because of his celebrity status to carry out the attacks. Whatever our political and religious enthusiast on Anguilla choose to see, hear and say about these criminal-monsters of our time, the only entities stand to gain from being muted on heinous corruption are these sick Animals. 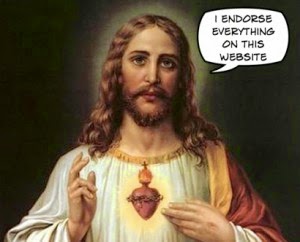 Only but for that secret code we served is why we get along so well… look street level and you see our coexistence without effort… friends bonded by action, where truths can only pull us apart – “The See Nothing, Hear Nothing… Say Nothing... and Do Nothing Culture”.

And our lies continue…