ANGUILLA.. THE ISLE OF BROKEN PROMISES?

TOURIST ARRIVALS CONTINUE TO BE SLOW. 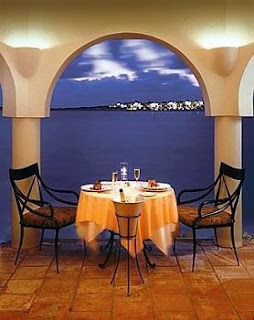 1. Getting to Anguilla is difficult, time-consuming and expensive. Shortly after the election, tourism genius Haydn announced that very shortly, we would soon have an Anguilla desk in the arrival hall in the St. Maarten airport, integrated Anguillian Immigration and Customs inspection across the road at Simpson Bay, and night ferry service. Nothing happened except for a near-riot at a meeting of government union workers in St. Maarten, who Haydn had neglected to tell that he intended to have Anguillian officials working in their country.

Haydn then announced that he was "negotiating" for services that he'd previously announced were a done deal and would be commencing very shortly. Failing to explain this obvious failure, he then fell silent about the matter for over two years.

We spent nearly US$1 million on a pier and ugly, cheap-looking building, intended to be the new main gateway that provides a first impression to our supposedly five star island. Service was quietly started, but you had to be a member of some in-group to even know about it. It ran for 6 weeks before Tourism bothered to announce anything about it or its schedule. The cost of this "regularised" service remains at whatever each different company wants to charge, the schedule is a State Secret, the night ferry service turned out to be for only three nights, all mention of the Anguilla desk at the airport has gone silent, there are no Anguillian port officials in St. Maarten, the water is too shallow for our largest boats, and Funtime and GB Express have chosen not to use this wonderful new facility. The ongoing monthly costs to us are another State Secret, so is the amount of money paid to former Anguillian business owner Lesley Lloyd for "managing" this mess, and the sole benefit I can see is the elimination of the immigration check point at the Simpson Bay Bridge. Unless you're Lesley Lloyd...

Haydn commented on this sorry situation during the debate on the Budget. I missed it and Nat Hodge failed to report it, so this is all I know, sorry. I don't know who deserves to be thrown under the bus. Perhaps the whole bunch.

I await the blessing by some select representative of God, and the naming ceremony of the new facility. Will anyone consent to having their name on this gateway to The Isle of Broken Promises or do we have to find some dead person to call if after? 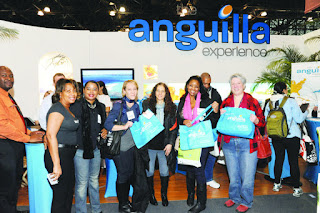 Twice in recent memory ATB have breathlessly announced the start of wonderful new websites. What they concealed was that these websites were at new web addresses. All information on the old websites was lost forever. People following the old websites were simply abandoned. This happened because ATB or Tourism or Haydn allowed outside contractors to own the domain names, never bothered to transfer these valuable assets and expensive content to government and were too arrogant to use gov.ai like everyone else. When they changed contractors, the contractors walked with the domain names. The same exact thing happened to The "Anguillian". The reasons are easy to understand: negligence and laziness.

Our public relations in the US is in the hands of Marie Walker, whose tired promotion has recently been enhanced by the addition of Marvet Britto, who has great breasts and has brought Real Housewives of Atlanta to our shores. While many believe the Housewives are common trash, Marvet sees "cast members who are most notable for their discerning tastes." Not only that, "The excitement soared as they reached the infamous On Da Rocks Restaurant, known for its exotic drink selection that heightens the already uninhibited personalities of the Housewives."

This has attracted a record 30 comments on TripAdvisor, the world's largest travel site, including:

"Couldn't help but notice the irony on Marvet Britto's website that she can promote such filth as The Real Housewives of Atlanta but her favorite book is the Bible." 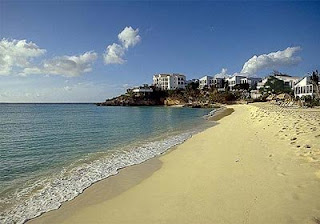 The consensus among our loyal, repeat visitors seems to be that if these are the kind of people who infest Anguilla, a lot of potential new visitors will be going to TCI or Antigua next year. What it cost ATB to do this to Anguilla is unclear.

The publicists' contract is coming up for renewal. Leaked information is that ATB members are divided. There have been some outstanding applicants, but the comfort of doing things the same old way is safer than taking a chance on exciting new innovation.

Another lost opportunity. How sad.

By: The Real Patty
Posted by Realist Spikenice at 10:15