CORRUPTION ABOUND, AS THE GOVERNMENT OF ANGUILLA SADDLED INCOMPETENCE... WHO IS TO BLAME?

QUESTIONABLE GOVERNANCE: WHY IS THE NEWS NOT REPORTED? 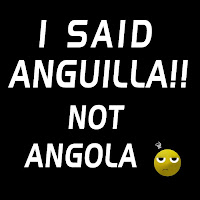 It is being alleged and reported by reliable sources that there has been a major breach of protocol by the government of Anguilla in regards to the Tourist Office Representative in New York. All of the details are not fully known but from what is reported, the Government of Anguilla failed to comply with its contractual obligations by renewing the representative's contract according to the stipulated terms, prior to the contract expiring. Consequently invoking major liabilities built in said contract, costing the people of Anguilla in excess of ($350.000.00) US dollars. Meanwhile, because negations to recruit new representatives to manage this office had not been even initiated the Government was forced to extend the existing contract of said representative for an interim period of three months. The issue began to surface earlier during the week, when callers to several of the weekly talk shows asked questioned on this matter and several of these hosts tried to shield the government, indicating, they had no knowledge of any such reports, in some instances there were violent exchanges on radio between the various hosts and callers. 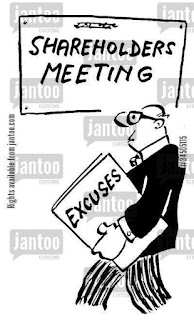 A second report on the Government of Anguilla is questioning the viability of an investment in excess of three hundred thousand dollars ($300,000.00) in St. Maarten in a private pier, transporting tourists to Anguilla. Reports surfaced previously of talks with the St. Maarten’s Government on establishing an Anguillian immigration service at Juliana Airport. This proposal apparently ran into difficulty in the Parliament of St. Maarten and was not entertained by the government of St. Maarten. Indications are, the Anguilla Government linked up with a private family and supporting, diehard supporters of the Government residing in St. Maarten and made a large investment on the island. Besides the investment on the private pier, the government of Anguilla is responsible for an ongoing lease of the acquired property and cost of operating the facility, amounting to at least $16.000.00 US dollars per month, including standard taxes and fees to St. Maarten’s Government. There are also reports that St. Maarten has just signed a Naf.16.000.000.00 contract to further develop Juliana Airport, which includes the area in question.

There is much more to both of these stories. Questions must be asked as to the substance of the reports, and who is responsible for these grave decisions at a time when the island is hurting tremendously . Such daring decisions and actions of government at an unbearable cost to the country without clear indications of positive results should not go unnoticed and should be brought directly to the public arena for scrutiny, since there seems to be no checks and balances within our system of Government, and government functions without a qualified, none political advisory body, capable of weighing cost and balancing the interests of the people of Anguilla. Somewhere the code has been broken and the public is able to access some of the damming information, and get insight into the callus and unscrupulous conduct of government.

There is a larger question with much more of a consequential nature; at what point does government feels that the people are effectively the government of the country and deserve some indication as to where the country is heading? Is it at the electoral polls? Or when an angry people behave like mobsters. There are many reports of very unorthodox behavior and processes transpiring at frequent intervals, and is basically covered up from public knowledge. A recent report surfaced where the Minister of Labor refused to renew the resident or working permit of the Dean of the medical school and the Chief Minister had to intervene to bring about some order, not before hinting that the entire school or faculty should come to his office to discuss the matter.

So, the big question is; does this government understand what is required of them? Or is it that there is a grave lack of governmental astuteness and Ministerial deficiency. Where is the effective management of the Permanent Secretaries in these Ministries and what is their role in the effective running of the country?

In Anguilla, everything is speculation, simply because there is a culture of keeping the people out of the people's business. When politicians get elected they feel like they stand head and shoulders above the people and owe them nothing, not even a clear and simple explanation of their very own business. where there is smoke there is fire and certainly this should provoke some degree of truth. The people have a right to know the truth and what are the circumstances around such reports.