From: Office of the Honorable Chief Minister
Date: Tues, 1, January, 2013

On December 9th, 2012, Mr. Elliott Harrigan writing under the name, Ej Harri Sxm posted an article on the social media site, Facebook. In this article, he made a number of false claims and other allegations which had to be addressed as they pertain to the Ministry which both a close relative of his and me are co-workers, as team players.

In his opening paragraph, Mr. Harrigan wrote that the Government of Anguilla failed to comply with its contractual obligations by renewing the representative in New York’s contract according to the stipulated terms. This he claimed cost the people of Anguilla in excess of US$350,000 which he ascribed to as a matter of fact. The contract for the North American representative did expire and the moneys paid to the representative were back payments due in the normal course of doing business, quite contrary to the outlandish and falsified claims of Mr. Harrigan.

To lend some clarity, the Ministry of Tourism embarked on a Caribbean Development Bank financed, Sustainable Tourism Master Plan in 2010 that would map out the development of Anguilla through its tourism industry over the period, 2010 to 2020. This Master plan was endorsed by the people of Anguilla, the Foreign and Commonwealth Office through, His Excellency the Governor, the Government of Anguilla and the Caribbean Development Bank. It was handed over to the Governor and Chief Minister on October 1, 2011 by Halcrow Consultancy in the Executive Council Chambers and was approved in EXCO as the official Tourism Master Plan for Anguilla. Working groups were put together and a number of staff in the Ministry has been working on the same ever since then.

A request for proposal was sent out to companies desirous of representing Anguilla in this important North American market. Forty seven responses came to the Ministry. All responses were sent to the technical staff in the Ministry of Tourism. None were sent or copied to any members of the political directorate as to protect the integrity of the process. On December 4, 2012, the Parliamentary Secretary was informed by way of email that four companies were shortlisted for interviewing on December 12, 2012, one of which is the present North American Representative. The contract for the North American Representative was extended to ensure that during the period of selection, Anguilla will have a presence in the USA. It is a fallacy to suggest that there were major liabilities, or any liabilities for that matter, regarding this matter and more so, that the Government was forced to extend the existing contract for a period of three months because as Mr. Harrigan claimed, “negotiations to recruit new representatives to manage this office had not been even initiated”. We must also note that during the time of the interviewing, members of the political directorate were at Parliament debating the budget for 2013.

Mr. Harrigan made a claim that the Anguilla docking facility was developed due to the failed talks with the St. Maarten Government to establish an Anguillian Immigration service at Juliana Airport. This is a total untruth, to put it mildly, and a miscarriage of the facts. The discussion that was initiated between the Anguilla Tourist Board and representatives from the Government of Anguilla with the Government of St. Maarten after consultation with the Executive Council which gave the initiative its full blessings. The discussions were related to consolidation of St. Maarten Immigration and the port facility to reduce or remove the prolong delays and complaints from our visitors to Anguilla.

One of the areas the Ministry was also keen to reinstate was a late ferry service to capture the Tourists who would have been too late to make the connecting service to their final destination. This situation caused both the visitor and hotel to lose at least one room night with staff losing service charge and Government of Anguilla losing accommodation tax. All of this was agreed upon. Neither the Government representatives in the meeting nor those representing the Anguilla Tourist board ever requested Anguillian Immigration to be established in St. Maarten. The Government of St. Maarten and the Manager of Princess Julianna International Airport also indicated that they will eventually take over the entire area inclusive of the area where the ‘Anguilla dock’ is located but they will ensure that Anguilla is included in whatever development is to be done.

Mr. Harrigan’s claims did not take into account the Anguilla Tourist Board Act which gives the Board the authority and freedom to enter into contracts and make decisions and is no different to any of the many other Government statutory boards such as the Health Authority, the Port Authority, the water authority, the Social Security Board or any other agency. The Government of Anguilla have never micro managed these boards and the various acts gives them the authority to run their day to day affairs although there is a fiduciary responsibility to Government. This is why audits are taken seriously.

In his conclusion, Mr. Harrigan made the claim that there are no checks and balances. This claim does not take into account the Public Accounts Committee, the Permanent Secretary Finance and his team that monitors the financial position of Government on a daily basis and conducts weekly financial meetings, budgeting and the fact that for the past two years, Government of Anguilla has recorded budgetary surpluses. Government of Anguilla now has in excess of EC$28 million in reserves, a feat of which only came during the boom years and were exhausted by end of 2008. 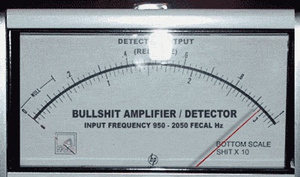 To claim that this was done in secret is outlandish and does not take into account the many press releases regarding the same, the pronouncements by the Anguilla Tourist Board, the Parliamentary Secretary and His Excellency the Governor. The cost and decision behind this initiative was discussed with the Parliamentary Secretary on a radio and TV program hosted by former Permanent Secretary Marcel Fahie and Miss Deane Rogers. This in itself demonstrates transparency and to claim that the Government did not want the people to know is most ridiculous.

His claims that these decisions of the Anguilla Tourist Board, endorsed by Executive Council is callus and unscrupulous is most unfortunate. This decision was made by the professionals in the Anguilla Tourist Board many of them, have long standing stature in the industry. This decision was also endorsed by the AHTA which represents over 100 owners of restaurants, Villas and Hotels on island and it was made in the open. On the same social media, the Permanent Secretary Tourism and the Parliamentary Secretary can be heard speaking of the St. Maarten dock on a recent trip to the same. The Ministry has also asked for a full accounting of the money spent on the dock and this in itself shows the level of scrutiny and accountability regarding financial matters. This is extremely opposite to the culture where no such scrutiny or accountability can be stated regarding the airport expansion.

It must be noted that 13% of our travelers enter and Government spent in excess of eighty million ($80 million) dollars.

It is most unfortunate that Mr. Harrigan would use the democratic process to pen so much deliberate misleading and misconstrued immaterial, irrelevant and incompetent melee. One must question if this is just partisan politics or serious concerns. Whatever it is, the Government of Anguilla and the Anguilla Tourist Board have operated within the law and have been totally open and transparent on this and other matters of state affairs.

By: Hubert Begamin Hughes
Chief Minister and Minister of Finance & Tourism
Posted by Realist Spikenice at 17:06