ANGUILLA CHIEF EXECUTIVE SAID, “IT’S MY MONEY! AND I NEED IT NOW!” 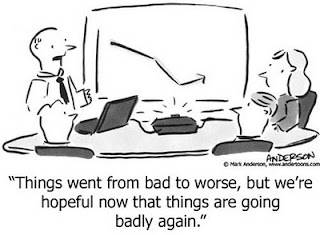 This week the Anguilla United Front completed its Annual Convention. The Convention is an important part of the organization of our party and the development of an effective strategy to inform and educate the people of Anguilla into making the right choices when the time comes, sooner or later, to select representatives that are capable of providing sound national leadership. Our slogan for the Convention was “Visionary, Creative, Bold Determined” and was adopted to describe the necessary attributes of leadership in this challenging period. And while I was humbled to have been chosen unanimously to head up the illustrious team of candidates selected by the party in the various constituencies --- I remain ever cognizant of the fact that leadership means service. As the good book says in Matthew 20 vs. 26 & 27: “whoever wants to become great among you must be your servant --- and whoever wants to be first must be your slave”.
Also our party had the opportunity to worship at Bethel Methodist Church on Sunday in support of the Royal Anguilla Police Force whose theme for their week of activities on this their 40th Anniversary is, “PUBLIC SECURITY SHARED RESPONSIBILITY”. The occasion was highlighted by a most appropriate message from the Reverend Cecil Weekes on the “obstacles to peace on our island” which he purports to be driven by that “rebellious spirit in our hearts” which permeates our entire communities and especially among young people with their “turf wars and gang violence”. He made the point that much of this conduct appears to be fuelled, in great measure, by the attitude of adults and leaders in our community who inundate the airwaves with talk of incivility and revolution at a time when there is need for reconciliation. Reconciliation he claims is a must if we are to achieve the goal of peace within our communities --- and we must end the talk of pursuing violence to achieve any goal whatsoever. He concluded by exhorting the perpetrators of violence to convert their weapons of destruction and death into productive use, quoting from Isaiah 2 vs. 4 in part: “ they shall beat their swords into plowshares and their spares into pruning hooks”.
This admonition was as much to the adults in our community as to the young people for whom we all must take responsibility. And in terms of the future of our nation it is critical that we find a way to communicate with them (according Mr. Bob Rogers in his passionate presentation at the Convention) to secure Anguilla for our grandchildren. It was in those terms that our Convention recognized that we must focus on young people and engage them in issues affecting our nation. And we were very pleased to put in place a strategy and group dedicated to furthering that goal. Indeed this is the time for all of us to concentrate on turning “swords into plowshares” so as to cultivate a cadre of young people to whom we can pass on the baton of leadership. Young people equipped to deal with the new challenges that will face us. A number of such youth were elected to the Executive Committee to advance the agenda of our party in the days ahead.

But perhaps the selection of a new candidate in District 7 (West End) in the person of Mr. Cardigan Connor by his Constituency Cell Group should get special mention. The action represents at least two important aspects of our party of which I am extremely proud. First, the fact that he was nominated and supported by the former candidate in the district, Mr. Kenswick Richardson demonstrates the willingness within our organization to place party above self, and secondly that the party continues to attract capable individuals whose record of commitment to our national development is unquestionable. Our mantra of “teamwork” is epitomized in the career of Mr. Connor who has been a team player for most of his adult life. Before returning to Anguilla, he had played cricket at a professional level in the United Kingdom and Australia for several years. Mr. Connor then used that experience to work with young people to develop their cricketing skills; produced great teams; and honed individual talents for the national side and for first class cricket. He was principally responsible for us having an Anguillian cricketer (Omari Banks) on the West Indies Cricket Team. We are both proud and happy to have Mr. Connor with his passion for building teams and solid young men on board.

Mr. Connor, who was also the head of the Anguillian athletes who participated in the Commonwealth Games, made a memorable metaphor during his acceptance speech when he remarked that of all the events during athletic meets, the relay race is perhaps the most popular and exciting. He then explained that it (a relay race) involves a team effort as well as trust. As a team effort it requires that each individual runner performs at his best and when the time comes to pass the baton --- the individual to whom it is passed must trust the passer to place it firmly in his hand so as he can carry it confidently on to the next runner and eventually to the finish line. Mr. Connor then proceeded to pay tribute his godfather, Mr. Albert Hughes and his cousin, Mr. Kenswick Richardson who were all persons were associated with the party in district 7; from whom he expects to get advice and support for his work as a candidate; and from whom he has received the baton.


The issue of team however, is not readily seen when one observes the way in which the Government of Anguilla operates. Our party’s chant in the last election campaign that “teamwork makes the dream work” is not descriptive of the manner in which this Government has been stumbling from crisis to crisis. Indeed, the Captain’s anointed “Mate” on the ship of state is at odds with most of the crew on critical national issues and several of the sailors are demanding a “court martial”. It has been said that the Captain does not take advice in many matters while in others abdicates his responsibility by refusing to take blame for actions clearly requiring his decision. Someone made an analogy to the Captain of the recently shipwrecked Cruise Ship Costa Concordia who refuses to accept responsibility for his negligence in the face of clear evidence to the contrary. It is time for the Government to build teams that are capable of giving them solid guidance, devoid of their personal interests, grudges and bad mindedness to show them the way. Sadly persons who should be seeking the truth, as journalists prefer to get caught up in trying to denigrate persons who do not walk their party line. 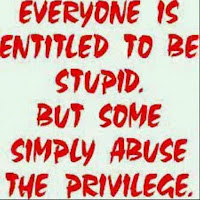 It is my understanding that the host of “To The Point” had a field day with my name on his show last evening. No doubt triggered by my critique of his professionalism. The tape is available for me to listen at my leisure at which time I will determine whether he has crossed the line and what action is appropriate. However, there is one aspect of his discussion that reconfirms his ignorance and his inability to interpret what he reads in the laws of Anguilla and other legal documents. Apparently in a discussion with a former magistrate and one of the usual “half a dozen callers” to his show on the air he expounded that the Legislators Pension Act provided that it was possible for a Legislator if elected at 21 to receive a pension at 31 based on the Act. I was surprised that the caller accepted his interpretation without questioning or doing further research. There is nothing further from the fact than the Host’s interpretation. I sincerely hope that he will not make similar mistakes in determining his own rights under the Pensions Act. I produced a fact sheet on this issue for my supporters that I will insert here for general information as well as the odd chance that Mr. Richardson might see it as follows: 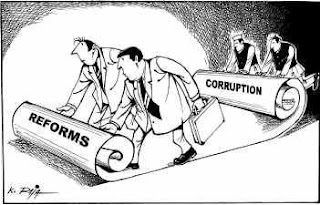 All of the comments that have been made in connection with my eligibility for pension as well as other statements, have been made by diehard Hubert Hughes supporters and Talk Show Hosts sympathetic to the AUM Government who wish to draw attention away from his (Hubert Hughes’) insistence on being paid for questionable telephone bills from his family phone up to fifteen years ago. Bills for which Treasury officials refused payment many years ago! Mr. Hughes himself has tried to suggest that officials of the past government are guilty of graver deeds --- as if to suggest that he should therefore be entitled to some corrupt act. What was instructive was when he declared that he does not need the money it was just a matter of principle. Principle indeed! What is the principle? Is it to prove that when you are Chief Minister the rules of audit and financial instructions do not apply?
Yes I can visualize the Chief Minister now as he presented his claim to officials in his Ministry, based on his level of arrogance. The image I conjure up is somewhat of a “take off” of the J.C. Wenthworth commercial on television as he bellows at the top of his voice: “It’s my money! And I need it now!”
By: Victor F. Banks
Victor Banks is a former Finance, Economics, Commerce and Tourism Minister on Anguilla. He is presently the leader of the OpositionAnguilla United Front Party, writer and author of a weekly political article for theAnguillian News Paper, lyricist, and a self-employed entrepreneur.
Posted by Realist Spikenice at 12:26