“WHO HURT YOU BABY?” 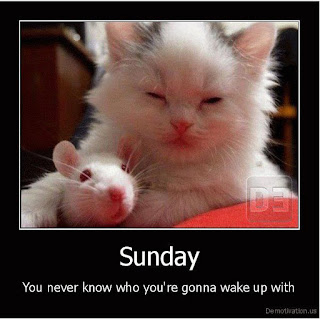 It was interesting to hear the views of the heads of the largest public staff associations in Anguilla on the state of affairs in our island. I am referring to the recent statements by the President of the Anguilla Civil Service Association (ACSA) and that of the President of the Anguilla Teachers Union (ATU). Ironically, both of these leaders are pastors in their various Churches, so they may be expected to be fair and just in their presentations of the issues --- yet their assessment of the Chief Minister’s conduct seem to be vastly different.
In my Press Statement of January 4, 2012 I sought to calm public servants, the private sector and all residents of Anguilla, because the Chief Minister the day before in a radio broadcast, gave the impression that we were in a crisis situation. I mentioned the President of ACSA twice in my entire presentation, suggesting that based on his New Year’s speech, he had fully “bought into” the Chief Minister’s conspiracy theory. And I used the fishing expression, “hook line and sinker” to describe the nature of his discipleship.
The ACSA President, Pastor Gerard “Rock” Gumbs then launched a vicious attack on me the following day, as if he was the main subject of my press statement. Pastor “Rock” claimed that my statement was an attempt to “deceive civil servants and use them as political tools”; he claimed that I seemed to be advocating that the salaries and numbers of the civil service establishment be cut secretly; he claimed that my credibility leaves a lot to be desired; and he “crowned it off “ by declaring that I was not qualified to speak in relation to his representation. He then went on further into a full-fledged endorsement of the Chief Minister’s performance and lauded him for effective management of the Government.
Quite unlike the present Chief Minister, I have never in my political career sought to engage any public servant in personal attacks on any public media or forum. I will not condescend do so now. I will however, out of necessity, make the point that my good cousin Pastor “Rock” by his response may have inadvertently exposed himself to political scrutiny by members of ACSA and the wider Anguillian community. In fact, according to one member of the Civil Service Association, it would be fair to ask Pastor “Rock” whom he is really representing. The truth is that in his entire address he did not raise a single question regarding the fact that the Chief Minister is seeking to deprive public servants of their entitlement to a salary refund by hiring a private lawyer to research their agreement with the past Government. Regarding his other attacks on my credibility and qualification, I would only be concerned if I considered the person or persons who made them to be adequately placed to make such assessments.
I must admit, however, that I felt a sense of vindication when I heard the passionate response of the President of the ATU, Pastor Emma Ferguson to the incisive reprimand of the members of the Teacher’s Union by the Chief Minister last week. Unlike Pastor “Rock”, Pastor Emma seemed not prepared to play “choir girl” to the Chief Minister’s conspiracy refrain. And she let it be known that while he (the CM) is talking about other issues and refusing to listen to the teacher’s concerns many of them are “losing their homes, their cars and sleep! Some are seeking out second jobs because they cannot make it! Some are having difficulty feeding their children! ”
But perhaps Pastor Emma’s most damaging comments was when she drew attention to two Executive Council Minutes on the Government of Anguilla website. Speaking directly to the Chief Minister she said: “You can’t pay us our money but you want me to go back twelve years to pay you! And you refuse to go back two years to pay us? ……. And you boast about a surplus --- you can’t give me my money but you pass yours in Council? …… You are willing to pay someone US$ 10,000 --- EC$ 27,000 to get a lawyer to figure out a loophole not to pay me?”
For those of you who may not have seen the Executive Council Minutes on the Government’s Website to which Pastor Emma referred, I will include those two minutes for your information as follows:

1. Council authorized the Attorney General’s Chambers to seek legal advice from Mr. Anthony Astaphan, Legal Counsel on behalf of the Government of Anguilla with regard to the implications of discontinuing the deferred payments to public servants and other Government Officials.

Council agreed to the cost of the US$10,000 to be paid to Mr. Astaphan for his services.

(This was decided at a special EXCO meeting held on Friday 16, December 2011).

2. Council agreed that the Hon. Hubert Hughes, Chief Minister should be reimbursed EC$40,000.00 for telephone bills incurred during the period November 1997 to March 2000.

(This was decided at the regular EXCO meeting held on Thursday 29, December 2011).

I want to make the point very clear that all the elected members of Executive Council were present when these decisions were made. The Governor did not make these decisions, acting in his own discretion; they were made with the consensus of all the Ministers of Government; and the British certainly did not impose them.
The facts regarding this issue of the Chief Minister’s 1997 – 2000 telephone bill, are well-known by all members of the past Government. Indeed, Mr. Hughes came into the Office of the former Chief Minister, the Hon. Osbourne B. Fleming, to present his claim after Cable & Wireless gave him the outstanding bill for his home phone. Mr. Fleming did all he could to ascertain the validity of the claim and the policy precedent under which Mr. Hughes was making it. It was eventually decided that there was no precedent for such a payment to be made for undocumented calls made on a home phone. We also could not understand why Cable and Wireless had allowed the bill to “run up” unpaid for more than two years. And we could not reasonably consider the sheer volume of the official calls claimed to be made during that period. The decision was therefore made that we could not in all fairness pay Mr. Hughes’s claim. Eventually, we were made to understand that Cable & Wireless had arranged a payment schedule for Mr. Hughes to dispose of the outstanding bill.
It is interesting that a Chief Minister who refused to pay his property tax for almost twelve years would now be making an outstanding claim at taxpayers expense (particularly those little old ladies who religiously pay their property tax on time) for a phone bill which did not meet the requisite conditions for payment by the Treasury twelve years ago. This is certainly a matter that demands further investigation and I would encourage the Leader of the Opposition, in his role as Chairman of the Public Accounts Committee, to add it to his list. But also from a moral standpoint I believe that in the face of other outstanding financial obligations of a more immediate nature --- and which are very clearly documented, it is both insensitive and unfair for the Chief Minister to so aggressively pursue this reimbursement without regard or caring for the people who are not so privileged to sit in Executive Council. Indeed it belies his claim to be “the champion of the workers.” The exact point which Pastor Emma so eloquently made with persuasive passion, as she illustrated the Chief Minister’s selfishness in ignoring the issues impacting the ATU membership.
The other EXCO minute reinforces the Chief Minister’s disregard for the circumstances of the last eighteen months of the past Government’s term when the extensive duration of the global economic crisis was not yet evident. In that context, the past Government had made a commitment to the staff associations of the public service that it would reimburse their salary cuts when the economy turned around. Since coming to Office the Chief Minister has been stating publicly that he had nothing to do with those agreements --- it was a matter for the former Government. The President of the ATU said in her comments that Mr. Hughes had not responded to their views on this matter since June 17, 2011. It would have been the proper thing to do for the Chief Minister, rather than “burying his head in the sand” on this issue, to meet with the public service and negotiate a reasonable cut-off point given the persistent nature of the global economic crisis. But rather than adopting that approach, rightly or wrongly, he has decided to “seek external legal advice” in an effort to find a way out of this situation. It is obvious from the comments from Pastor Emma that all the staff associations want is respectful dialogue, as well as similar attention being given to their plight as is given by the CM to his personal financial interests.
It is in context of the foregoing that the question has been asked, whether the Chief Minister’s unnecessary charade about the British Government’s delay in assenting to the budget on the first day in January, a way to distract attention away from these matters. Indeed, the history of budgetary assents does not bear out the urgency in his behaviour. And all but five budgets in the last sixteen years have been assented to in the second or third week of January. I do not believe that these issues rise to that level on the Chief Minister’s scale of concerns. In fact I believe that he is so self-centered that he does not even realize that he has done anything that could be construed as inappropriate. That is why he does not appreciate the comparison that Pastor Emma makes regarding his personal reimbursement and the public service salary refund. All that the Chief Minister sees is that the President of the ATU and the Teachers are flouting his authority and as a consequence he will not assist them in the future. His exact words to re-emphasize the gravity of his statement are “I pull no punches!” I see the makings of a dictator who is beginning to believe in his own infallibility. We seem to be heading to a dangerous place. And even more worrisome is the motley crew of disciples who are so caught up in his web of conspiracy that they are beginning to dispense the same flawed reasoning and very often use the same words and phrases. 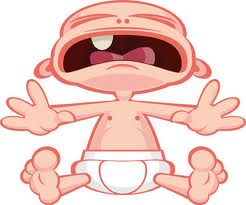 We will not make any real progress in 2012 if we allow this conduct to prevail. We need to let the Chief Minister know that we had enough of his style, attitude and approach over the last two years. Indeed, in these challenging times we need to extrapolate on Pastor Emma’s illustration and adopt a more sensitive and caring approach. An approach that conjures up the image of genuine concern by a mother as she asks her weeping child: “Who hurt you baby!”
By: Victor F. Banks
Victor Banks is a former Finance, Economics, Commerce and Tourism Minister on Anguilla. He is presently the leader of the Oposition Anguilla United Front Party, writer and author of a weekly political article for theAnguillian News Paper, lyricist, and a self-employed entrepreneur.
Posted by Realist Spikenice at 03:50