I would like to take this opportunity on behalf of the Members of the Anguilla United Front and on behalf of my family and I to wish all Anguillians, residents of Anguilla, investors in Anguilla and friends of Anguilla a very successful 2012 marked, through God’s providence, by good health, happiness and prosperity. Let me also give thanks for the blessings we have all received in 2011 and the wherewithal to continue in hope and confidence into this New Year.

Our party has carried out its role as Loyal Opposition to the best of our ability with the expectation that in a democratic environment we would be able to provide balance to the issues of the time as well as support where appropriate to the policy initiatives of the duly elected Government. We have not been disruptive in that role and have especially avoided any display of civil disobedience or boisterous conduct to achieve those objectives. On the contrary we have used the media, both print and broadcast, to present our views on matters of national importance.
Many Anguillians have been impressed by the effectiveness of the Elected Members of our party in the House of Assembly, namely, the Hon. Evans McNiel Rogers in his role as Leader of the Opposition and his colleague, the Hon. Othlyn Vanterpool --- given their numbers vis-à-vis the Government side of the House. They must be commended for giving positive articulation to the many concerns of the voiceless citizens in our community whose views on issues may not have received such audience in this the highest seat in our democracy. Indeed there are many citizens and positions that have been abused under the shelter of “parliamentary privilege” which several Members of the Government have exploited to shamelessly attack their opponents and others with whom they have differences. Thankfully, Mr. Rogers and Mr. Vanterpool were in place to rise to the defense of such issues and such victims of “parliamentary abuse”.

I am also grateful to the supporters of the Anguilla United Front and those persons who have come to a better understanding of the issues affecting Anguilla for the encouragement they have given us to “stay the course” despite the noisiness of those persons who seem to believe that democracy is a one-way street. You have given us the confidence to continue to carry out our responsibility to inform, educate and oppose when necessary on matters of national importance. We promise to continue in a similar manner in the year ahead.

On a personal note, because my column is my sole responsibility, I must thank all those persons who have taken the time to read my weekly articles and have encouraged me to continue despite the fact that other persons, in particular many AUM Talk Show Hosts, promulgate the view that the right to freedom of expression is a privilege for supporters of the Government alone. Ironically, these are the very same persons whose voices dominate the media and various forums throughout Anguilla on a daily basis. I am however flattered that I should be credited with such awesome power by all the Members of Government as well as their most vocal commentators for my humble attempt to fulfill my role as a vehicle of the democratic process. In any event I will not give such persons any vain hope that I will be silenced in 2012. 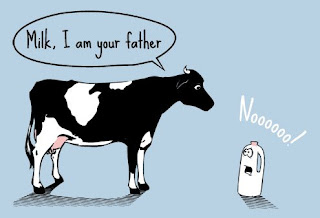 I listened with some concern to the Chief Minister’s interview and address over Upbeat Radio on Saturday, December 31st. And I was extremely disappointed that he seemed to want to proceed with his “failed strategy” of blaming everyone else for his inability to effectively achieve what he promised and what he was elected to do for the people of Anguilla. In particular he seems to want to blame the British Government for every aspect of his failure. It must be obvious to discerning Anguillians that the only time that we have heard that we are “under attack by the British Government”, as the Chief Minister puts it, is when he has been in office. During my thirty-one years of active involvement in Anguillian politics --- I have not heard any Chief Minister, including our Revolutionary Leader, making such claims. Neither have I heard any Chief Minister organize any protest marches against his own Government. One might then draw the conclusion that it is not against Anguilla but against Mr. Hubert Hughes himself that the Governor and the British Government are waging war --- or alternatively that this war is a figment of the Chief Minister’s imagination or construction. I cannot accept that there is any substance to either of these conclusions what I do believe is that the Chief Minister is using “smoke and mirrors” as usual, to account for his inability to deliver on his promises to the people of Anguilla and for the illusiveness of his “invisible plan”. We hope that he will change this strategy in 2012!
Unfortunately, the people of Anguilla are “fed up” with these shenanigans. According to the Hon. Othlyn Vanterpool in his Christmas Message: “It is not helpful at a time when we are striving to meet the requirements for our survival as a people and an island --- to be casting blame and aspersions on each other simply for some useless vanity. We are all in the same ship of state; facing the same hurling seas ahead; hoping for “fair winds and following seas”; and praying that we have an able team to take us safely to our destination”. In other words the Chief Minister should be giving us a message of hope and a plan of action that employs the resourcefulness of his Government and the effective support of the same technicians that served past Governments against similar challenges. We hope that he will do so in 2012!