Anguilla held so much promise after the revolution of the 1960’s, because its people were united in a common cause for liberation, autonomy and upward mobility. Unlike now, we marched together understanding that each generation to come; depended upon the success of this movement. Many in government at present did not have the tenacity to struggle with us. In fact, some tried to impede this struggle in order to maintain the status quo. There is so much greed by some in authority and disregard for the ordinary person, that the political motif of those elected is questionable. As Anguillians continue along a path of acceptance for every bad decision made by government we will suffer. Even the slightest verbal disagreement is regarded as an attempt to interfere with those elected to serve. It is evident that there is a continuous atmosphere of conflict perpetrated by those elected in government. 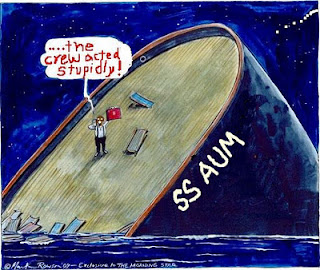 Our Chief Minister and other members of his political party, as well as some supporters believe that the Governor’s sole objective is to undermine the government and cause confusion in Anguilla. We need to evaluate the benefits of such intent. We have to think seriously if such a claim is real or simply designed to garner local sentiment, while obscuring the real problems caused by those who are elected. There also exists the desire for failure by some who oppose the existing government. Personally, many of the policies implemented have played into such a desire. One cannot see how the introduction of new taxes could help to jump-start an economy that is collapsing. In addition, the majority of Anguillians understand that Political Independence at this time would impede our democracy and give room for demagoguery and dictatorship. Those who have been paid excessively to serve Anguilla have continued to gouge the treasury and many are willing to compromise their feelings. Patriotism guides us to help the less fortunate, before we take care of our own needs. Now there is a serious conflict between those elected and the Civil Servants.
Our teachers have always felt the brunt of cuts, overcrowded classrooms, inadequate supplies and lack of support by those who reach the top of the ladder. Today, they have to deal with the uncertainty of this government. Our teachers must not be treated with blatant disregard. We owe a great deal to those who educate our children and fit them for all walks of life. Those who refuse to assess this conflict carefully and wisely should realize that politicians come and go, but our teachers by and large retire from their jobs. It is encumbered upon our government to resolve this issue amicably. There must be no arrogance on either side. It is more urgent to resolve the promises made to the teachers than to give gratuity to retired politicians, or to repay their bills-politicians who have been grossly overpaid. From one government to another, all we have seen are failed policies, flaky parties, flimsy, arrogant and incompetent politicians. We must look beyond party or personality and rein in those who abuse their authority for individual gain. In order to bring back the promise of the Anguilla Revolution during the 1960’s, it is necessary to be impartial and practical in the execution of our duties. It is also important to do the will of the people that we serve selflessly.
By: Terry Harrigan
Posted by Realist Spikenice at 13:47